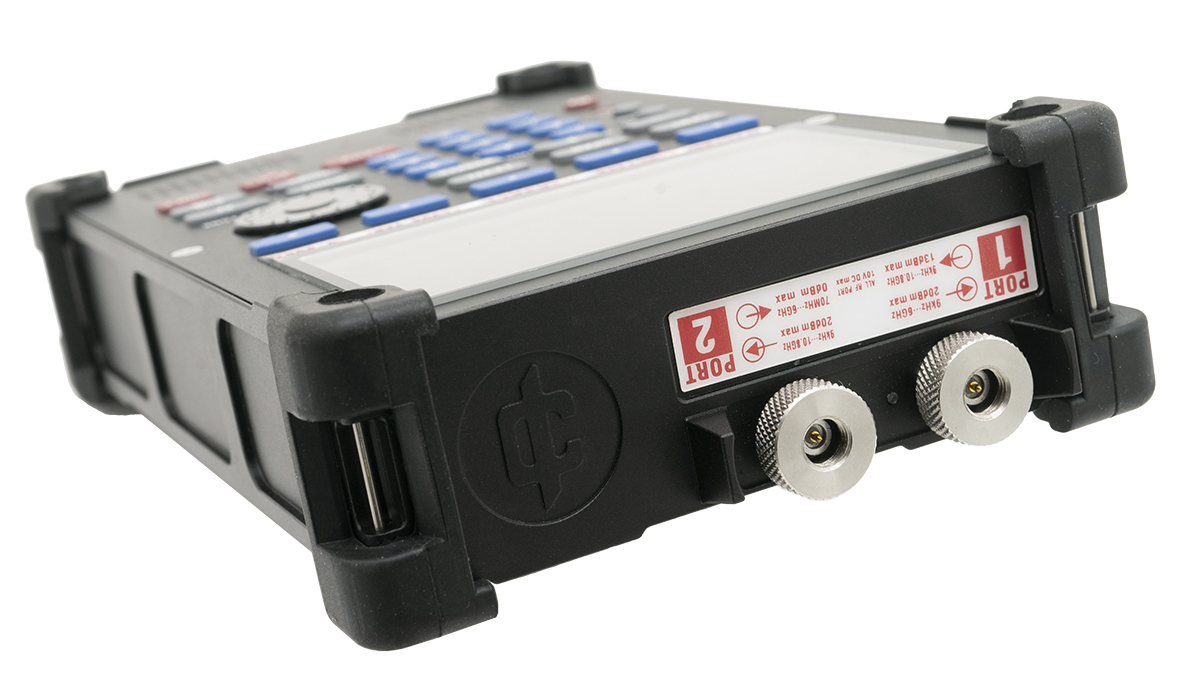 KC908 is a wide-band sweep receiver, it is capable of measuring radio frequency spectrum and field strength as well as demodulating and monitoring common signals like AM FM SSB YSF D-STAR and DMR. As for uncommon signals, KC908 can record the raw IQ signal and save for later analysis.

KC908 is based on SDR theory. Different from other SDR receivers, KC908 integrates complete digital signal processing unit and user interface, so there is no need to depend on a computer. KC908 supports SDR software like HDSDR and is able to connect with GNURadio.

As a reconnaissance equipment, KC908 is capable of sweeping swiftly and discovering signals. Being different from traditional sweeping spectrum analyzer, KC908 obtains spectrums of certian width using FFT and then splice them together to acquire a panorama. In this manner, KC908 reaches a speed of 3GHz bandwidth per-second with a 10kHz precision, which is equivalent to 120,000 25kHz channels. As for specific radio stations within 300-500MHz, it takes less than 0.1 second to finish. We’re proud of such a decent performance on a micro-size hand-held equipment.

1.Better than 15KHz frequency measurement accuracy with any sweep span, a single measurement can get the accurate frequency.

Note:1. This table just shows the parameters that user are concerned about, for detail please see the technical parameter table in the user manual.

3. We define the intercept in POI as accurate measurement.

4. KC908 will transmit EMI during the measurement. If the antenna is close to KC908 it will receive the EMI. This parameter is measured by a 0.2m whip antenna, 1m from the KC908 in the microwave anechoic chamber. 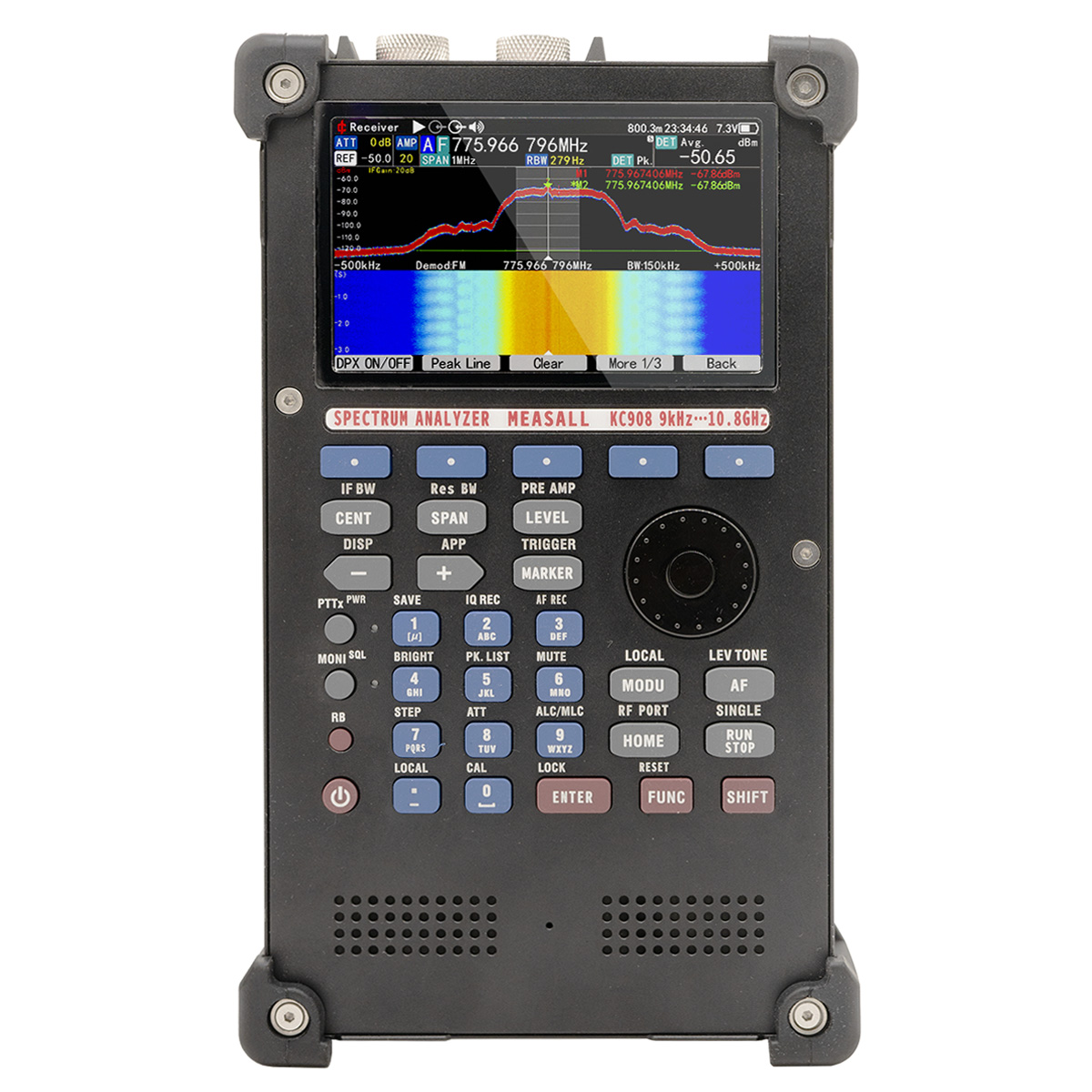 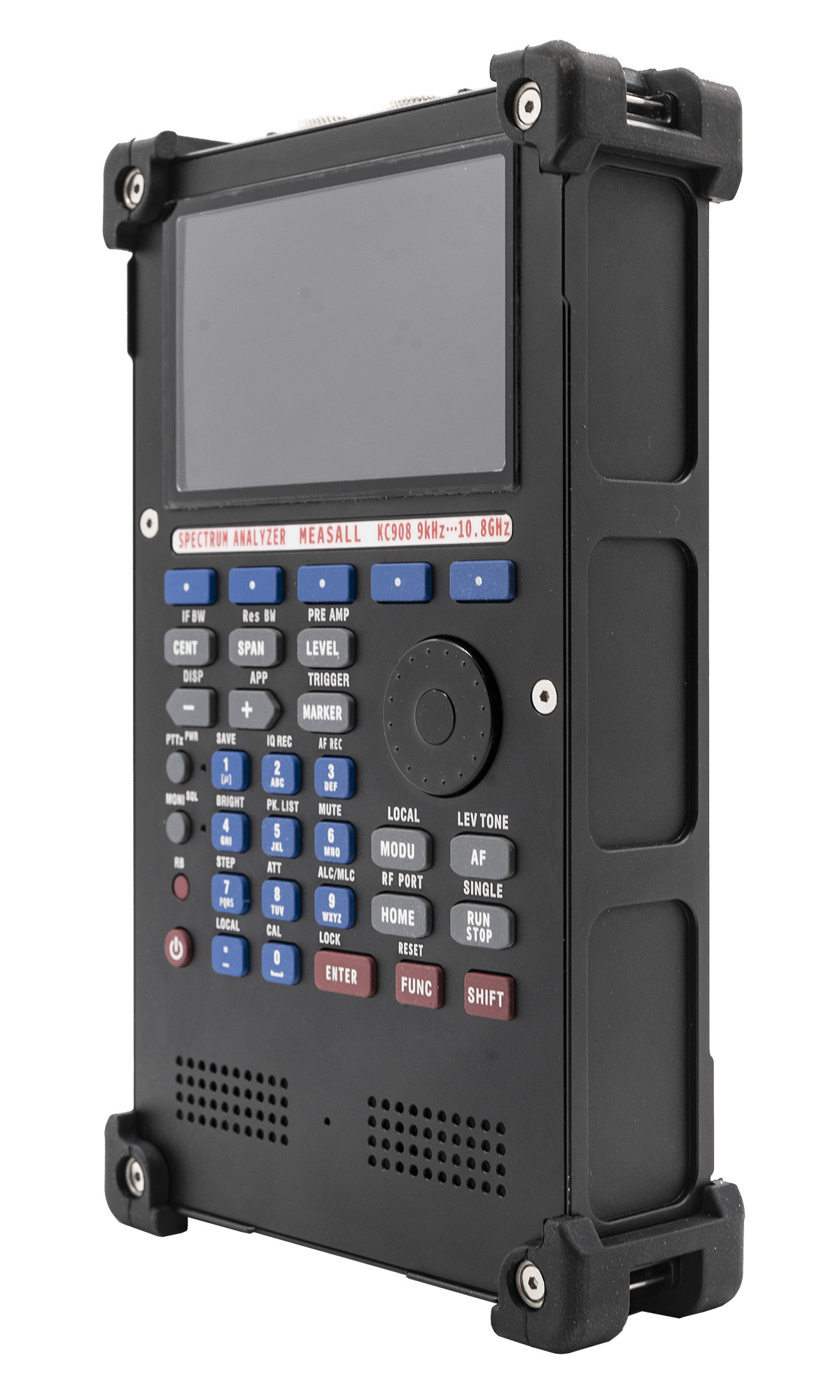